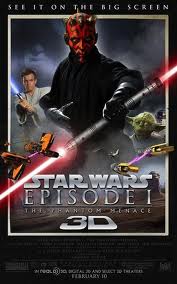 Well, I am definitely not a Star Wars fan, believe me, I never watch Star Wars before and I do not know a single thing about Star Wars. My impression on Star Wars was just a black masked man and the laser sword.

This is a 1999 film, they made it 3D and re-screen again. The plot is very interesting, and I am amazed by the director's imagination in creating those futuric spaceships,weapons and transportation. He is creating a different world, a high-tech world and Homo Sapiens are just one of the intelligent living things. On top of that, humans are not dominant in that world, not like on earth we think we overrule everything.

However, you still can see that the world in Star Wars is based on our world. It does not go too far from what we have in our mind. What I mean is the different world is not different enough.For example, the apparel in the film, they dress like ninjas and samurais, or like those Chinese you watch in old drama.

One more thing is the transition styles added between two separate scenes are annoying. Since it is a film produced in 1999, they still have those transitions like fade in, fade out, diagonal pull out and etc.

The 3D effect in this film is not quite nice. I think it is because the original film is not for 3D, so there are less scenes on hitting-you-right-in-front. I took off my 3D glasses in the middle and it showed no difference at all, just the subtitles were blurred. Maybe 3D effect is only added to some part of the film, not all. My friend said it was because our seats were too high, sitting in the middle would be just nice. I wonder is it true.

Over all it is a nice film to enjoy, the story line is good although it is a little bit lengthy. The plot, the cool modern gadgets, the characters and the battles between Jedi and Robots in the universe, are why so many people craze for Star Wars.
Posted by Dë~3MusketEErz at 17:18 No comments:

Email ThisBlogThis!Share to TwitterShare to FacebookShare to Pinterest
Labels: Movies 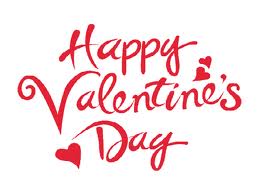