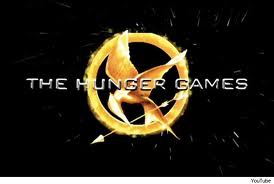 Neri told me some weeks ago her friends are anticipating this film in Austrialia. I was thinking perharps it is a "must watch" film, and we can watch it after getting our SPM results since it rolls out on 22nd of March. However, the results were released a day before.

Chen Xin bought the novel too. So I think it will be a really nice film.

So I entered the cinema without knowing the story line, again.

Don't ask me was it nice or not. I couldn't determine. If you ask me was it enjoyable, my answer will be definitely a big NOT. From the beginning of the film I started to feel dizzy, then I felt like want to vomit throughout the session, very sick indeed. Why? The scenes kept on moving fast, like swaying and rotating. I tried to close my eyes and rest for awhile but that didn't help to reduce my dizziness. Many scenes in the film are like that, I don't like it at all. I enjoy watching movie very much but this is the first one that made me sick.

Well, the story line is not bad, talking about how the future society trying to let the people of the nation to commemorate the peaceful state they obtained after civil war - holding the Hunger Games annually. Each district is to send 2 representatives to participate in it everyday. To win the game is to kill other participants and survive.

It is a violent and brutal game, to kill each other to survive. You might think of the Olympic Games. Ya, it is as grand and important as  Olympic Games but the organizer can manipulate the game, like putting some beasts in front of them or blast them with fireballs. All these are just for the entertainment of the upper level society.

The ways of dressing are very different from today. I consider it weird. Haha. Just like the people lived a thousand years ago will amaze how we wear today if they happen to see one.

I will not watch it a second time, I don't want to get myself vomiting. =)
Posted by Dë~3MusketEErz at 17:43 No comments: