Pirates of Caribbean 4: On Stranger Tides 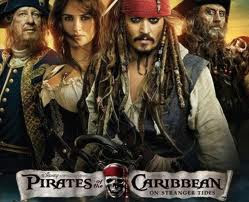 Last Friday after Physics tuition, Mr Tham Jingxue had a priviledge to be my first passenger since I got my driving licence.XD He himself felt so honoured. haha.

It was a short journey, he came to my home to plan programme for the next day. After we got things done, we switched on the computer and watched the trailer of the exciting Pirates 4. I was longing to watch it on screen, and the comments from Rou Yi them were not bad.

So right after Jingxue went back and my dearest super cool brother came back from work. I asked him to bring me out to watch it.

WOW!He was so cool!Normally he would lay face down on the bed once reached home. That day he walked extra 3 rounds around the little space of living hall.

FIRST STAGE : GETTING A DRIVER PASS

Next stage, I need to get her majesty my mother's permission, just like The British got the order from the Queen to search the Fountain of Life in the movie.

Well of course, second stage is always much harder than first stage. However, my dearest super cool brother helped me. He told my mom about it. And to my surprise, my mom allowed me to go!!It's so amazing, I can't believe I did not need to use any weapons like begging, crying and even promising. She wouldn't agree so fast everytime when I want to go outing with friends, but this time, just my bro and me, wanted to go out at 9pm spontaneously, she nodded her head.

My super cool brother and I reached there at 9.30pm, we bought 10:10pm's tickets. The reason I kept on prasing my bro is because he was willing to bring me to Sunway.haha. 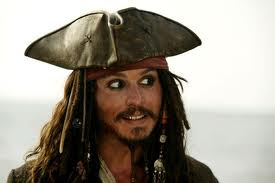 Jack Sparrow is always one of the amazing characters I love so much. He has his own distinct personalities, very much different from others. Of course, he is so humourous and think fast. The movie started off by Captain Jack Sparrow impersonated a judge to sit for a trial to set Gibbs free in London. He behaved so calmly and he is able to solve the crisis ahead immediately.

In Pirates 4, he did not even own a ship, but he knows the way to Fountain of Youth, so he was poisoned and captured by BlackBeard. In fact he was a little sailor on the ship only, forced to wash and toil. He launched a mutiny to take over the ship but failed.He was brave enough to fight, but the next moment he acted timidly and kept on flattering to spare his live.At last, he got back his beloved ship - BlackPearl.

The scary part of the movie is the mermaids, they are sexy but very cruel. They seduce the sailors, drag them into the deep sea to force them to mate with them, and lastly eat them up. This makes me to think of piranhas.Y-E-R-R.

Even so, Pirates 4 is more like a comedy, and the famous background music track He's Pirate by Hans Zimmer will definitely bring your senses together with Jack Sparrow along the adveNture.XD

The next character I love is Optimus Prime, which will be showing up with wings to fight off vast amounts of Decepticons in TRANSFORMERS 3. YEAH!

Email ThisBlogThis!Share to TwitterShare to FacebookShare to Pinterest
Labels: Movies

I hate the word 'Exam' so much.

I love to study new things and new knowledge but it seems like all the students in Malaysia are destinied to suffer in exam hall several hours a day for 2 weeks.

10 days later, we will be called to the battlefield, using our pens as swords to fight with papers army. And at last declaring victory when the result slips are passed down.

In fact, I'm not ready for it, I have just thought of starting to prepare in an organized way. You may say I'm bluffing and pretending as all 5SA1-ians are so fake. But it's true.

10 days, whether it's enough for me to cram everything inside my big head, I will try my very best to do so, using every possible methods like swallow up the book literally, tear it and put into Milo for breakfast, make it damp and use it as pillow for the words to diffuse into my head and so on.


It's all worth a try!XD

I think I should stop crapping here since I am running out of time.

I can score in the exam!! Yeah!

To my best friends Ah Jing Ah Tham and all:

NEVER EVER FORGET TO LAUGH AS YOU BURY YOUR HEAD IN BOOKS!!

IF YOU FAIL TO DO SO, YOU HAVE OFFENDED ME!

Take care of your health and don't get mental illness!I will take you to Pantai Kerachut when you come back this year end.=) Please don't get angry with me kay?pleaseeee......
Posted by Dë~3MusketEErz at 13:20 No comments: