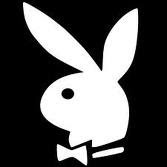 Yeah, today early in the morning Chen Xin garnered all the Ang Paus from each one of us for the decorations use.

Joshua brought his little radio and played some songs while Chen Xin actively let us guess those Ang Paus come from which companies. Duh I just guessed one correctly. Out of the blue, our dear Head Prefect Mr Ang walked by and took notice of the cute radio. YOU KNOW HOW HE RESPONDED. At last, under the curses by the guys (the loudest was Wan Ting), Jun Xian brought the radio to the Discipline Room, for extra protection.

The first 2 periods we were having a lot of fun, not even discouraged by the loss of the radio and company of songs. Joshua printed out a few PlayBoy rabbit logos and we cut it in Ang Paus. He was very creative to thought of the idea as this year is the year of hare.However, let us hope that he got the copyright.=)

As you know, I was wandering around and making fools...

But my boredom couldn't cease...

AHA!!So dearest Jingxue and I thought of an brilliant idea : Why don't we use the ang paus to puzzle up a big PlayBoy Logo at the back wall?!

We were clicked immediately and started our Project Rabbit.

While we were getting near to finishing, Jingxue cut an unique and beautiful ang pau for the bow tie. He felt that the ang pau was so thick and finally he got a rectangle successfully out from it.

WHICH RICH GUY SUBMIT HIS ANG PAU WITH NOTES INSIDE?!

Chen Xin stick a rabbit logo at his left chest, soon every guy had one too!!Since we were going to play football on the next period, we called ourselves PlayBoy FC!XD And it brought luck for us, we won over A2 by 3-1. :)

When we returned, we saw that girls had the logos too. They even sticked on their spectacles, watches and so on. EVEN teachers had one too at their chests.hahahaha. cool neh.

By the way yesterday was Yuan Fen's birthday.