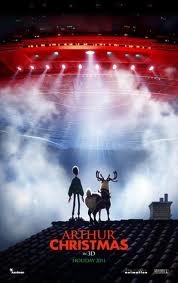 My mum surprisingly wanted to bring us for a movie when she saw the trailer of Arthur Christmas 2 weeks ago. That time I was busy cramming everything in for SPM Biology and was shocked when those words blurted out from her mouth, nearly caused me to vomit out all the facts I had swallowed.


So after 2 weeks, we watched it today at Sunway Carnival Mall. It had been a long time since we watched a movie together. 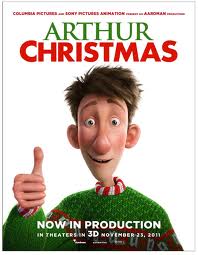 I love Christmas as you all know it. In spite of the parties and presents, Jesus came to the world more than 2000 years ago.XD

Obviously, "Arthur Christmas" is a comedy just like others animation movies. The storyline is quite good and it is very creative. It talks about a Santa Claus family - Grand Santa, Santa and his two sons, Steven and Arthur. Santa is quite old but he is not ready for retirement. On his 70th Christmas Operation, his elder son, Steven helps him to distribute all the presents to all the kids worldwide during Christmas eve by the latest IT. Of cause you don't expect Santa to move around with a sleigh in the 21st century, he has a spaceship named S-1.XD They have soldier elves to operate like S.W.A.T., sneaking into every homes to send presents before the sun rises.

However, for all the technologies and gadgets they use, they miss out one child. They only discover it after the Santa return to their HQ at the North Pole. Santa and Steven don't care about it at all. On the other side, Arthur, full of love and care, set off with Grand Santa on the old sleigh (produced in year 1864 if not mistaken.haha) to deliver the left out. His adventure begins. 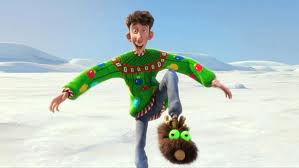 I love that slippers!It can sing and you see the eyes so cute!

One of the reason I like the movie is we usually don't have the idea that Santa has a family, and he can retire and pass on the job to his son. 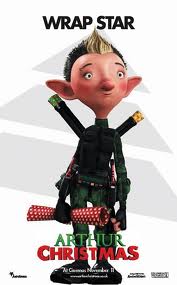 ﻿As you can see he is the wrap star, dressed like a ninja.I forgot how many presents he can wrap in 3 days. He can wrap a bicycle with 3 pieces of gift paper.XD

My mum said "The Polar Express" is nicer.haha.

JOY TO THE WORLD!