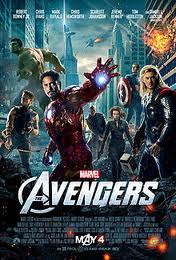 First of all, wish you a very happy Labour Day!

When I was a little boy I always thought, aren't most of the super heroes live in the same New York city? But why they would never encounter each other when they are fighting crimes? While Spiderman is using all his strength to stop a train, where is Superman?

The Avengers answers the questions. This film finally brings many superheroes to work together as a team. Just the thought that the superheroes will save the world together is cool enough. Even though not all of the Marvel superheroes are in this film, it is still great, since too many cooks spoil the soup right.

Each of the superheroes potrayed in The Avengers has their own 'individual' films. I never make it to watch all of them but I watched The Ironman and The Hulk before. One thing I never knew is the Hulk is one of the superheroes too. Haha. My impression towards the Hulk is he is always destroying, bringing dentrimental effect to the city. However, I think he is the hero in this avengers as he kills the most of the enemies.

Ohya, seeing how the superheroes interact is a great fun. Each one of them has their own disctinct characters and ego. It is absolutely hard for them to cooperate. Just like a company with many talented people, a chinese proverb says a moutain cannot have two tigers. But with a little 'push', it can be done. Just like the Avengers, when they are irritated and have the same mind on doing something.

I will watch a second time in cinema. XD
Posted by Dë~3MusketEErz at 11:55 No comments: