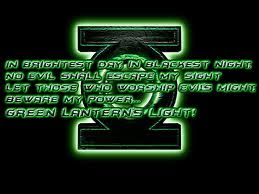 Itik, Chu Xuan, Neri, Calvin, Wen Jiong, Khai Jie, Poh kok, Wei Hern and me went out together to celebrate Canteen's day.haha. Actually we planned to watch the blockbuster TRANSFORMERS 3, but as you know we couldn't get any tickets so we watched Green Lantern.

In fact I was not so keen to watch DC superheroes movies like Captain America, Ironman, Batman, Spiderman and so on. Don't you think the plots more or less are the same? Just different heroes posses different unique powers.

Normally the plots follow this pattern : An extremely low self-esteemed guy/A man with wealth, talents and flower hearted - Facing difficulties in life and relationship ( He may fall in love with a girl ) - One day he obtains super power or he is chosen or what - His life change - He has a new identity - He must keep his new identity in secret ( by wearing a mask and costume) if not he will be in danger or other reasons - To be fair, there must be super bad guys to act as his enemies - Fight Fight Fight, Bang Bang Bang - His enemies are always someone close to the superhero - He realises that - His enemies realise that too - His enemy also loves the girl the superhero loves - His enemy kidnap or try to compete the girl with him - He fights all the way to save her - His enemy is killed - He wins the girl's heart - The end, wait for the second episode.

I can be a director already!XD haha.

Undeniably, as the story line goes it brings out positive values. Everyone loves happy ending, loves to see how the superheroes win their girls' heart and kill the enemies. That's why we have so many superheroes. 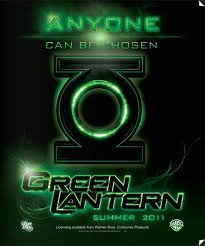 Hal Jordan is same as Starke in the sense that they both are playboys. Hal Jordan is a character which is more real to us because of his frail humanity like us. He is not like Superman, which is strong and determined, nor Ironman who is always confident. He is irresponsible pilot who caused a massive redundancy in a company due to his mistakes. As the Green Lantern Ring chooses him to be the successor, he wants to give up immediately on the training ground, after being humilated. That's us, doesn't it? Giving up so easily when we start to do a thing which we are assigned to and find it difficult. Just like the Ring never make mistakes, it chooses Hal because there is something in Hal we cannot see. So there are somethings too in us, a great potential to be unleashed and save the world.

The Green Lantern uses his ring to bring out whatever he can imagine in mind. In order to be strong enough, one must have wide imagination so he can create many things to attack and defend. Imagination is what we are lacking now. We tend to follow all the protocols and procedures written on a piece of paper. When someone works in different ways, we see them as aliens. I speak nonsense, I joke nonsense, I say something you think is super lame, I have imagination you will never have. Imagination is powered by ideas, ideas are generated by nonsense. The time Wright brothers thought of flying like a bird, they said they spoke nonsense, too.

The things which are created by Green Lantern, must be further enforced by the Green Lantern's will, focus and determination. If not, whatever he builds are weak and can be destroyed easily. The stronger your will, the stronger your power. Even if you have great imagination but no perseverance to continue doing it, all will be in vain. If you think you can, no one can say you cannot. This is the most heard phrase, suggesting how strong is human will. But let us not forget God is sovereign in our life, no matter how hard we think, how much we focus, we can't work against God. God's plan for us will ultimately be fulfilled no matter how far we try to out run.

Fear. One of the themes in this movie is overcoming fear. We all have fear. We fear of bad things happening, we fear of poor results, we fear of lonliness, we fear of losing friends, we fear of dying. FEAR is what preventing us to step forward, devastating our faith and confidence. Overcoming fear is not easy, really, is not what you say. I experienced it before, it haunts you day and night, telling you that you can't. It makes you fear of fear itself. That's when you started to runaway. I tried many ways to get rid of it, when I hit the damn pole in drivng test. As I returned to the scene, I implanting positive messages into my mind, programming famous quotes, encouraging myself and so on. At last when I started off again my defends all collasped instantly, FEAR overwhelming totally. FEAR is so terrible, by man's strength it cannot be beaten. Finally I seek God. Truly, I didn't lie or what,this made things much better. Thinking Jesus was watching over me and He would never leave me alone, I faced it steadily. Even I failed a hundred times I will not be fear again. He is with me, whatever I do wherever I go. My guardian my true companion. I stop seeking for very very close friend now, what a shame as a born-Christian now only I realised I already have one before I ever born. He will never forsake me even I neglect Him, He is where my soul yearns to, He is right there when I need him. He will never badmouth me. He comforts me. He is everything. He is Lord Jesus Christ." Even though I walk through the valley of the shadow of death, I will fear no evil."

Green Lantern's light might be bright, but he needs to recharge the ring. The One in my heart, shines forever.
Posted by Dë~3MusketEErz at 18:24 No comments: