Pictures of the Run 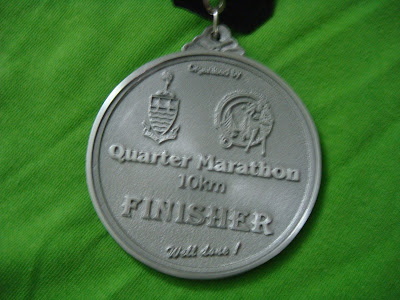 The Metal I received at the finishing point...notice the word on the back of metal ' FINISHER'.haha~ 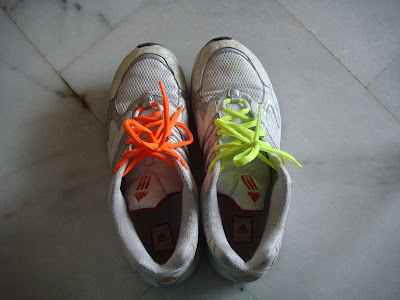 The shoes I wore to the marathon, the 'la la' shoes called by Yan Yi because of the different colours of the shoelaces.It is torn after the run.haha~ 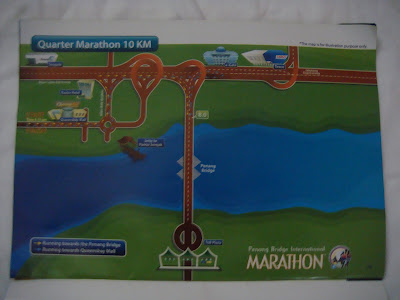 The route for Quarter Marathon, the way that had my shoeprint on it.XD 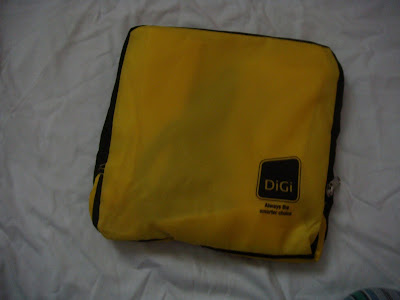 The yellow little bag sponsored by DIGI, it can transform into a backpack.Guess wad hidden inside?Some medicine, toothpaste and body shampoo! They expected us to brush our teeth during the marathon, so that our teeth could be as white as snow when we finished.XD 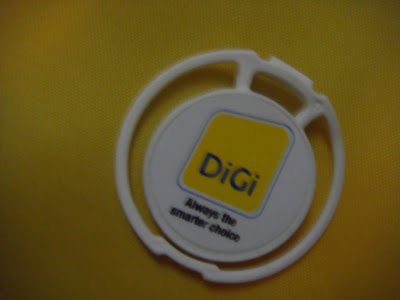 The Time recorder chip for us to tight on our shoelaces.

Yea...I went for a marathon!

Yesterday was the day, where every runners gathered at Queens Bay to test themselves. I took part in Quarter Marathon which is 10km only.There are three Categories : Full (42km), Half ( 21), Quarter (10km) and Fun Run (10km).

There were 11 buses, around 700 students took part from our school. We reached there about 1.30 because Penang Bridge would be closed from 2am to 10am Sunday.

We had nothing to do while waiting our event started at 6am, so we were wandering around that area, from Starbucks Coffee to the coast. The place was crowded, some slept on the ground, some just walking around like us.

Seeing the cars past by on the left and buildings moving backwards...the sky was still dark...the weather was so cold...I was still running.

I finished it within 90 mintues.XD Got a metal. Hahaha~

When they gave me the metal at the finishing point, I thought I was one of the winners, but den I scrutinised my 'prize',there was a word written there : FINISHER